Mid-Autumn Festival – What is It & What to Do?

The Mid-Autumn festival is one of the traditional Chinese festivals and China's second largest traditional festival after the Spring Festival. The 15th day of the eighth lunar month is called "Mid-Autumn", and the night "Night of the Moon". Mid-Autumn Festival, also known as Moon Festival, takes places on that day when the moon is supposedly at its fullest and roundest.

For Chinese people, the full moon is a symbol for family reunion. At the Mid-Autumn Festival, all the family members would gather together to taste moon cakes and appreciate the round moon. The date in the Western calendar changes annually.

In China, the moon represents mother or female in matrilineal society. Traditionally, it’s also expresses people's worship of life. People also use it to judge the reincarnation of time. The round shape of the moon symbolizes reunion in China, for nostalgia, homesickness, praying for a bumper harvest, happiness, wealth, now it becomes an important cultural heritage. 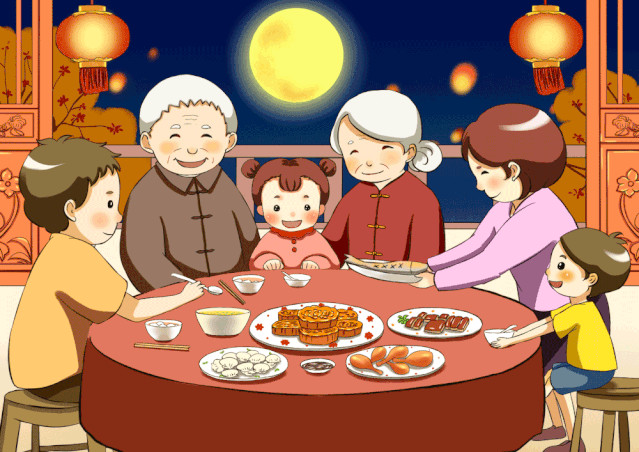 Origin – the legend of Mid-Autumn Festival

There are three versions of the story of Mid-Autumn Festival, but the story of Chang'e flying to the moon is more widespread.

It is said, there were ten suns in the sky in the ancient time, which made crops die and people couldn’t live. A man named Houyi (后裔) with great power, he sympathized with the people who are in the suffering. So he climbed to top of the Kunlun Mountain, and then shut down nine suns for the benefit of the people.

Houyi was so respected and loved by the people, soon he married a beautiful and kind wife named Chang 'e (嫦娥). Many young men came to learn shooting from Houyi, Peng Meng (蓬蒙) also mixed in.

One day, Houyi encountered the queen of heaven. She rewarded Houyi an elixir and told him if he and Chang'e share the elixir on the 15th day of the eighth lunar month, they can both enjoy eternal life; but if only one take it, that one will ascend to heaven and become immoral. Houyi went back home and told Chang'e but wicked Feng Meng heard about the plan and decided to take the medicine away.

Some days later, Houyi went out for shooting with his students, Peng Meng lied to escape the practice. After they leaving, he threatened Chang'e to hand out the elixir by sword. Chang'e couldn’t want the precious elixir fall into bad guy, so she gulped down the elixir. At that moment, Chang'e got light and flew throw the window into the sky. She landed on the moon so that she can see the earth.

In the evening, Houyi backed home, knowing what happened, he got very angry and shocked. He rushed to Peng Meng’s house to kill him but Peng Meng had already run away. He cried out sadly, calling Chang'e’s name. Suddenly, he saw a figure in the moon, looked like his wife so much, he wanted to get closer to it, but no matter how he struggled, there was still a long distance.

Only can he do to express his thought of love is to serve Chang'e’s favorite food in the yard when the moon gets the closest to the earth on the annual lunar August 15. When people knew that, they all did as Houyi did to pray for peace and health. Since then, the Mid-Autumn festival worship as the customs of the folk spreads.

Mid-Autumn Festival originated from the Moon sacrifices in ancient times. In ancient China, emperors followed the rite of offering sacrifices to the sun in spring and to the moon in autumn. Later aristocrats and literary figures helped expand the ceremony to common people. Historical books of the Zhou Dynasty (1066 B.C. - 221 B.C.) have had the word "Mid-Autumn". At that time, people hold ceremonies to greet winter and worship the moon.

The custom was passed down to the Tang Dynasty (618-907 A.D.) when people enjoy and worship the full moon. In the Song Dynasty (960-1279), the 15th day of the eighth lunar month was formally named the Mid-Autumn Festival. People sent round moon cakes to their relatives as gifts in expression of their best wishes of family reunion. And since the Ming (1368-1644) and Qing dynasties (1644-1911), the custom of Mid-Autumn Festival celebration has become unprecedentedly popular. 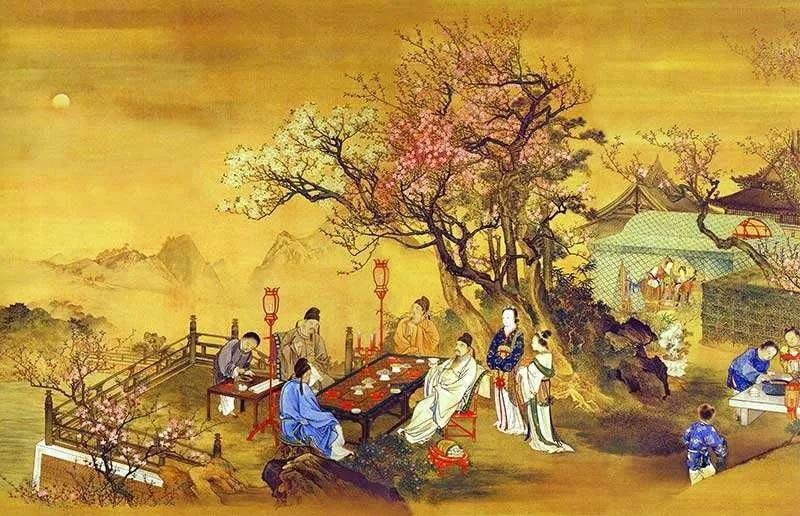 Celebrate in other Asian countries

Not only in China, but also in many Asian countries, celebrating the Mid- Autumn Festival is still popular.

● In Vietnam, different from Chinese Mid-Autumn festival, children and carps are the heroes and custom feature of Vietnamese Mid-Autumn festival. Parents will spend more time to company with kids on the day, and kids will run around with carp lantern which means "jumping through dragon gate(gaining fame)" when they grow up.

● In Japan, it’s called the Fifteenth Night. Japanese get together, eat reunion dinner and moon cakes, and eat rice dumplings while enjoying the sight of the moon. Since it’s also in a harvest season, the Japanese also hold various celebrations to show their gratitude for the blessings of nature, such as worship, tugging of war, playing lion dance, etc.

●In Malaysia, Philippine and Singapore, Chinese communities in some places hold lantern parades to celebrate the Mid-Autumn festival. In addition to dragon and lion dances, floats carrying Chang'e and seven fairies roam during the festival.